Disembark your cruise ship in the morning and drive to Ephesus area and visits of House of Virgin Mary, Ephesus Ancient City, Isa Bey Mosque and St. John’s Basilica. Return to your cruise ship
At the end of the tour.


House of the Virgin Mary
About 3 miles away in the forested mountain above Ephesus is House of Virgin Mary It is a modest stone house. The setting is beautifully peaceful, encouring reverence and contemplation.

St John brought Virgin Mary to Ephesus after the death of Jesus, in keeping with Jesus Christ’s admonition to St. John to care  for his mother. House of Virgin Mary, is now visited by over a hundred thousand pilgrims each year.Many people congregate at this sanctuary every August  15 to observe the Feast of the Assumption of the Virgin.

Ephesus
Gleaming white with marble, offering a full range of business and entertainment opportunities, Ephesus rivalled Rome in its magnificence. For pagans, the glorious Temple to Artemis drew the crowds. The most important commercial center in western Anatolia, probably over a quarter of a million people lived here at its height in the Roman and early Byzantine Periods. Even ruins are impressive. The commercial banks of Ephesus, which handled the foreign exchange, are considered to be the institutions where banking as we know it today originated. 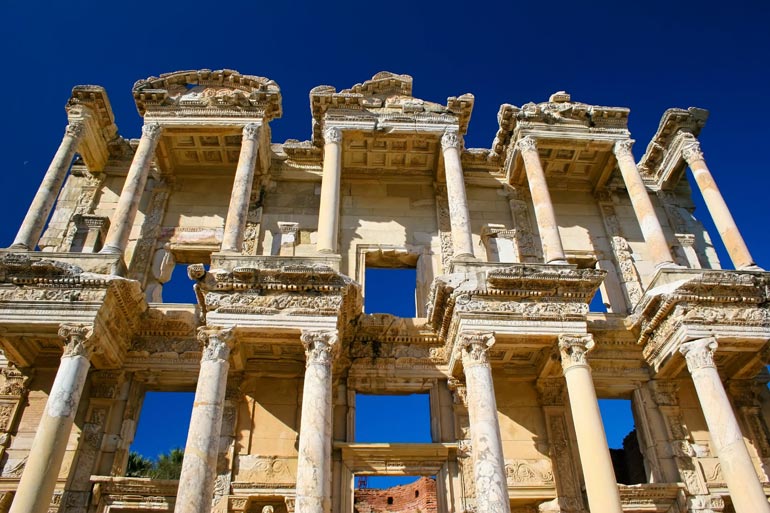 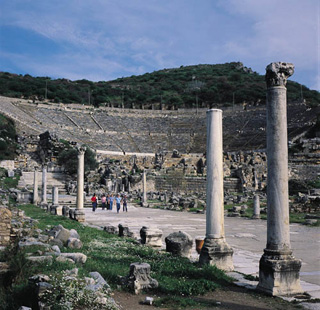 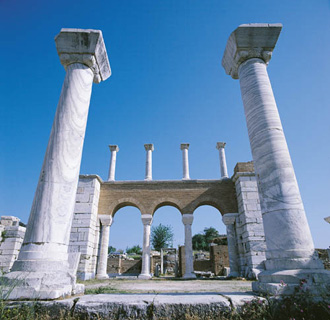 Enter through the Magnesia Gate and begin a slow, downhill walk with your guide into the ruins of this Roman provincial capital. Your route takes you past the Odeon, the Celsus Library, the Temple of Hadrian, the Fountain of Trajan and the Great Theater.

St. John’s Basilica
A once great church built on a 2nd century tomb thought to hold the remains of St. John. While the church is now in ruins, many frescoes, mosaics and graceful columns attest to the glory that marked the place where St. John, the Evangelist, lived and died.

Special Note about the tour:
Guests must be able to walk approximately 4 kilometers (2.5 miles) over cobblestone surfaces, inclines and 10 – 30 steps. Comfortable shoes and a hat recommended. Guests should watch their step at all times in order to avoid injuries.